Types and Causes of Kyphosis

Do you suffer from an abnormally curved spine or back pain in Miami? If so, then it’s possible that your spine doctor will diagnose you with a condition called kyphosis. To discover more about this condition, keep reading to learn about its types and causes. 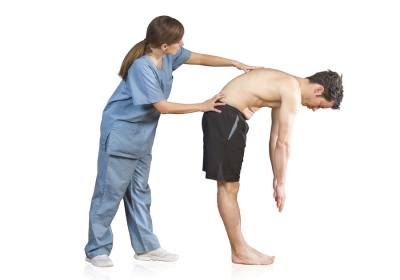 Osteoporosis-related kyphosis is caused by a vertebral fracture that is a result of osteoporosis. Vertebrae weakened by osteoporosis can fracture, partially collapse, and cause the spine to tip forward in the location of the crushed bone, resulting in a forward stooped posture and an excessive kyphotic curve.

Resulting from wear and tear, this type of spinal deformity develops over time and is often related to spinal arthritis and disc degeneration.

Usually manifesting in infants and children, congenital kyphosis is caused by the malformation of the spinal column in utero. To prevent further progression of the condition and realign the vertebrae, spine surgery is often required for this type of kyphosis.

Children with specific neuromuscular disorders, such as cerebral palsy, muscular dystrophy, or spina bifida, can develop neuromuscular kyphosis, the symptoms of which may be improved with surgery.

If an individual was deficient in certain vitamins during childhood, then he or she may develop kyphosis as a result.

Kyphosis that develops because of spine surgery is called iatrogenic kyphosis. The most common example of this, called post-laminectomy kyphosis, is caused by some types of spinal decompression surgery.

When trauma to the spine or its supporting ligaments heals improperly and causes misalignment of the vertebrae, this is referred to as traumatic kyphosis.

Occurring in both young and older individuals but more often in women, postural kyphosis is attributed to poor posture and typically causes no pain.

Adolescents who go through an abnormal growth of the spine and spinal discs can develop a type of kyphosis called Scheuermann's Disease. This condition is more common in men and is often accompanied by mild scoliosis.